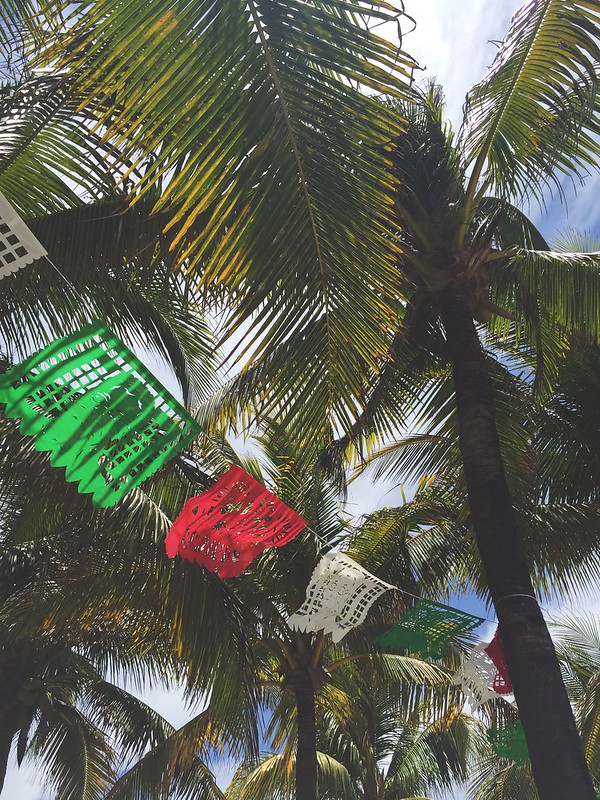 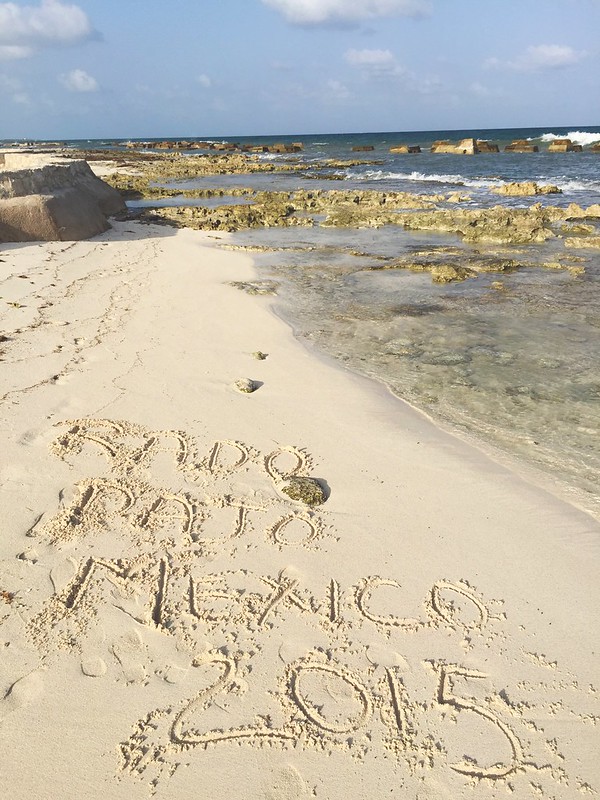 My mom and I recently took a week-long trip to the Riviera Maya in Mexico, which Scott planned as a surprise for me. I had no idea until we arrived at the airport where we were going, which was both thrilling and terrifying. I'd love to share some photos, if you'd like to take a look... 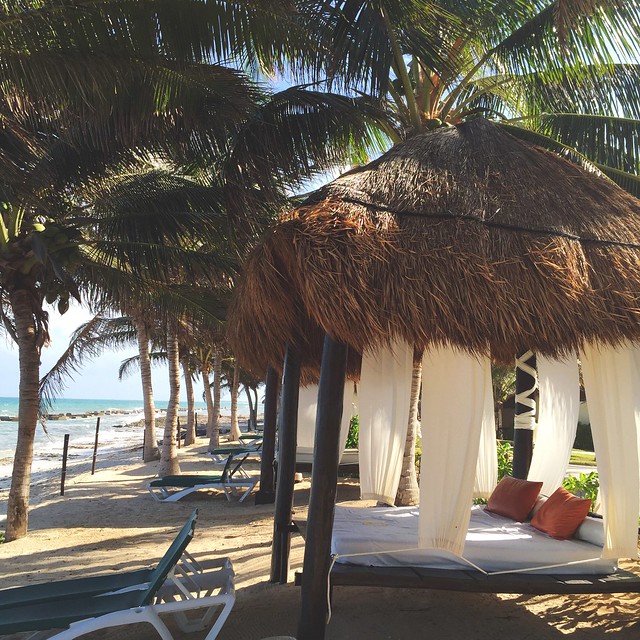 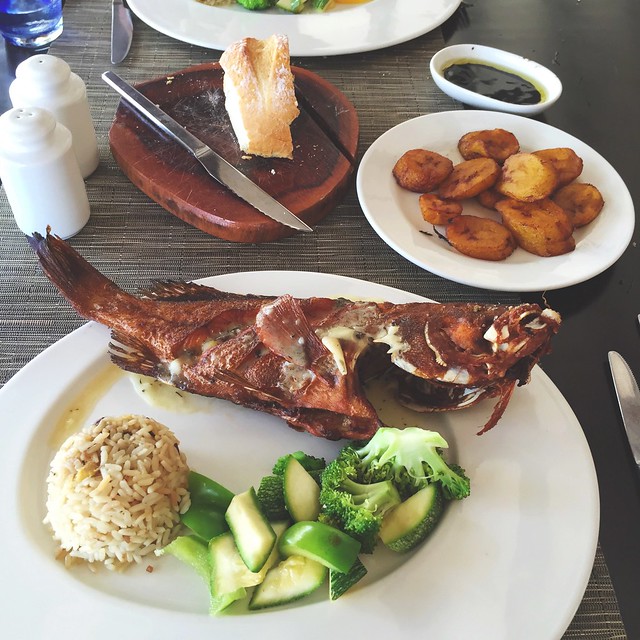 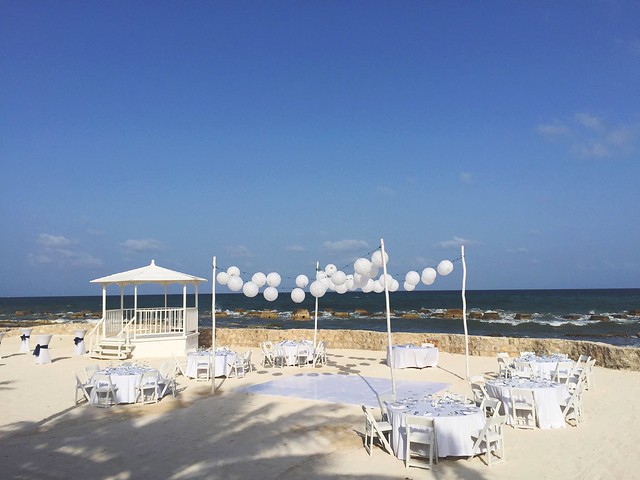 It was a relaxing week filled with 30+ degree days, ocean breezes, non-stop reading and even a couple of wild animals, more on those later. Our resort, El Dorado Royale, was beautiful and set right along the ocean. We enjoyed strolling through the expansive grounds in the evening before dinner (we ate our weight in fresh fish and platanos, sweet fried plantain). Twelve weddings took place during the week we visited, including the one above. The fairy lights and paper lanterns that decorated the dance floor were so pretty. What a picturesque setting for a wedding!

I always looked forward to seeing the resort's resident iguana, who I named Hector. Mom not so much, always making her way around him slowly as if he was about to rip her to shreds. 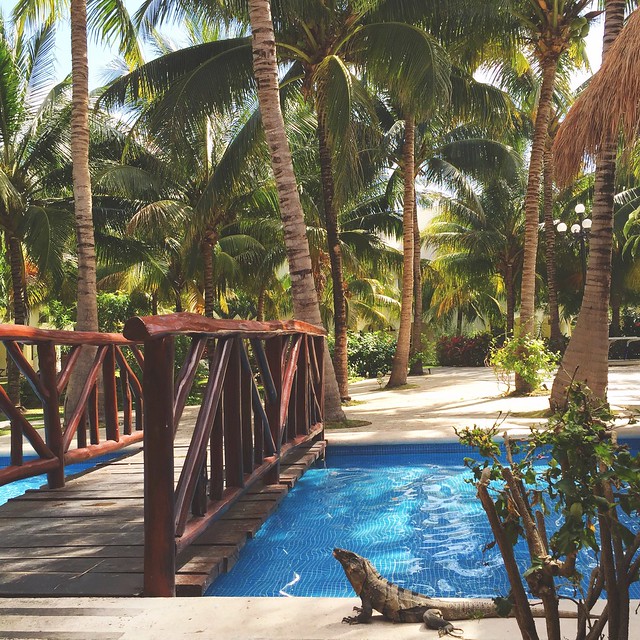 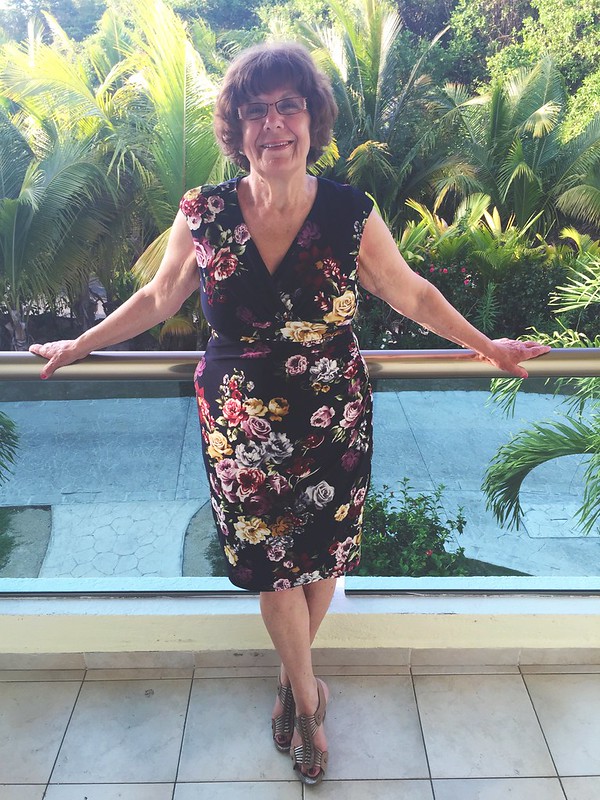 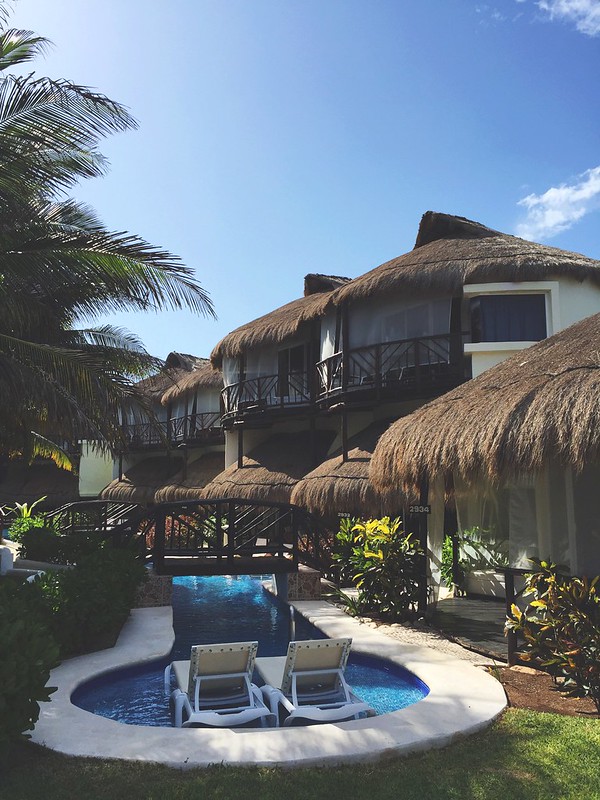 My mom and I had never traveled alone together prior to this trip. I wasn't sure what to expect and was a wee bit nervous but mostly excited. There was no need for concern because, as I quickly found out, we're fantastic travel buddies. Although I'm pretty certain I drove her batty wanting to take pictures of our outfits every night. 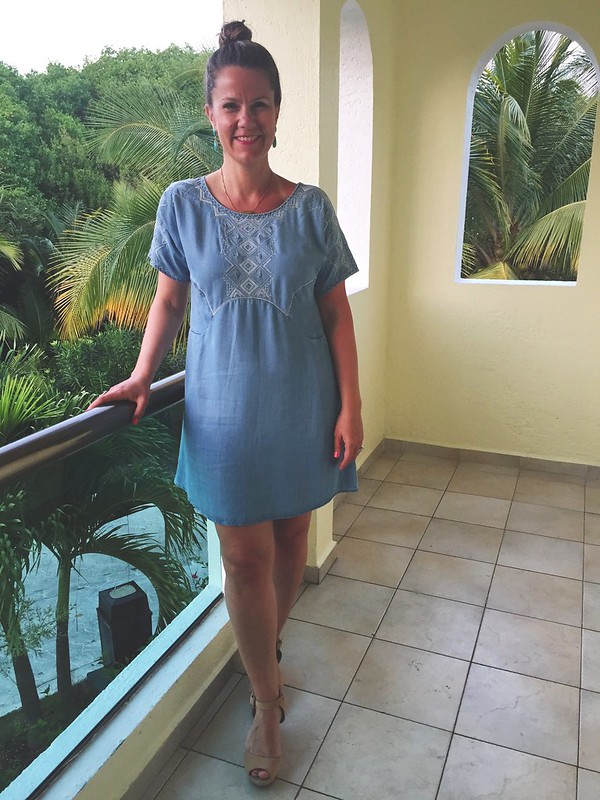 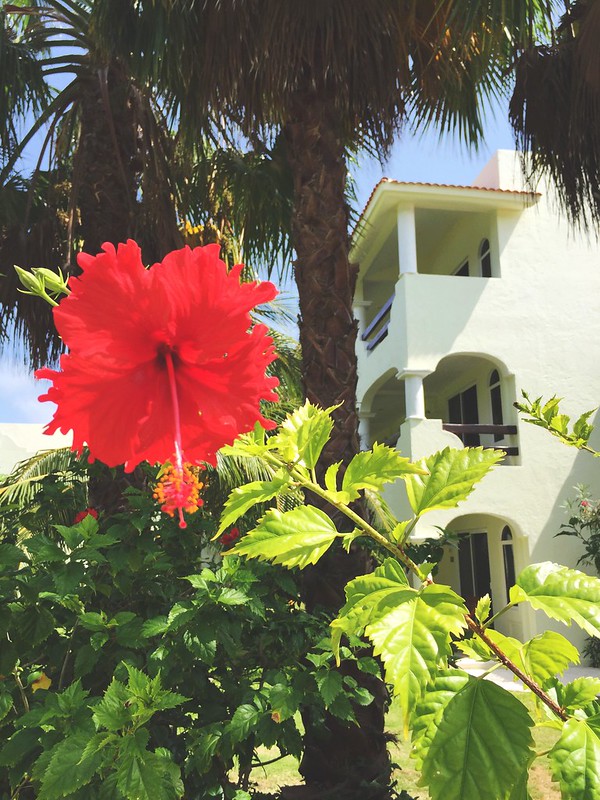 We fell into a comfortable routine of daily rituals: long lingering breakfasts, reading marathons on the beach, afternoon siestas on our balcony which was equipped with a hammock to take in the view, an occasional cocktail (we were neither teetotallers nor lushes), dolling ourselves up for dinner and entertainment "nights out." It was a lovely trip from start to finish. 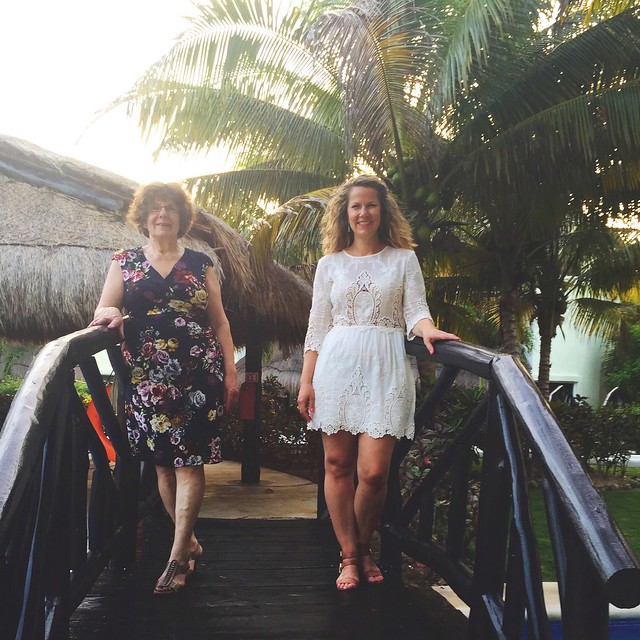 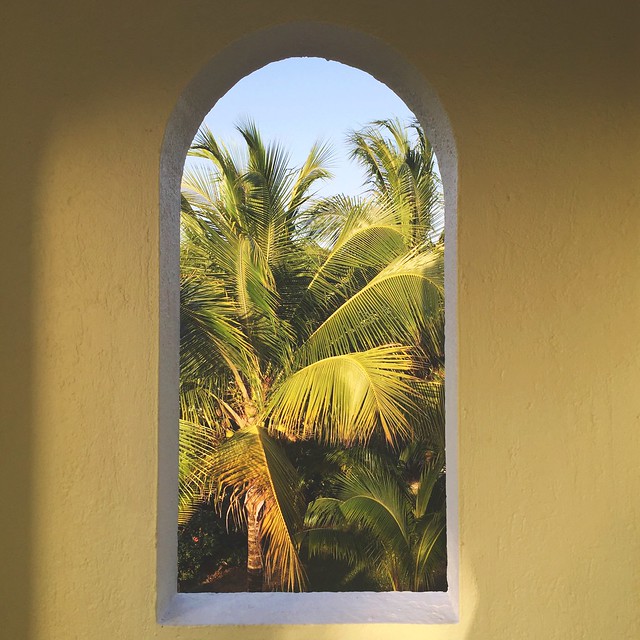 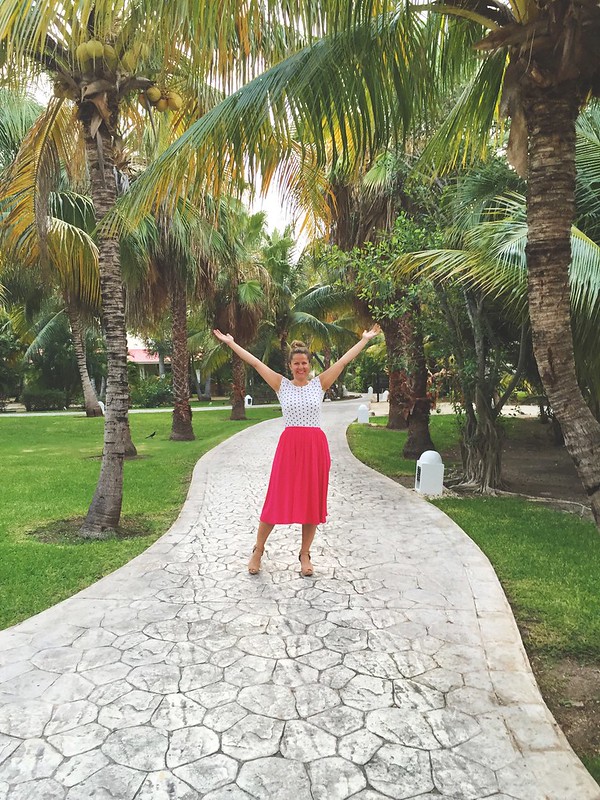 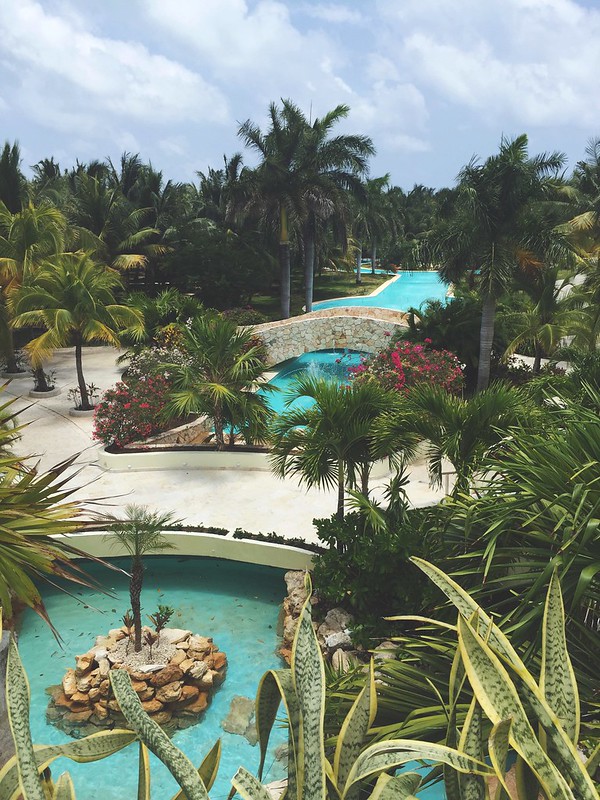 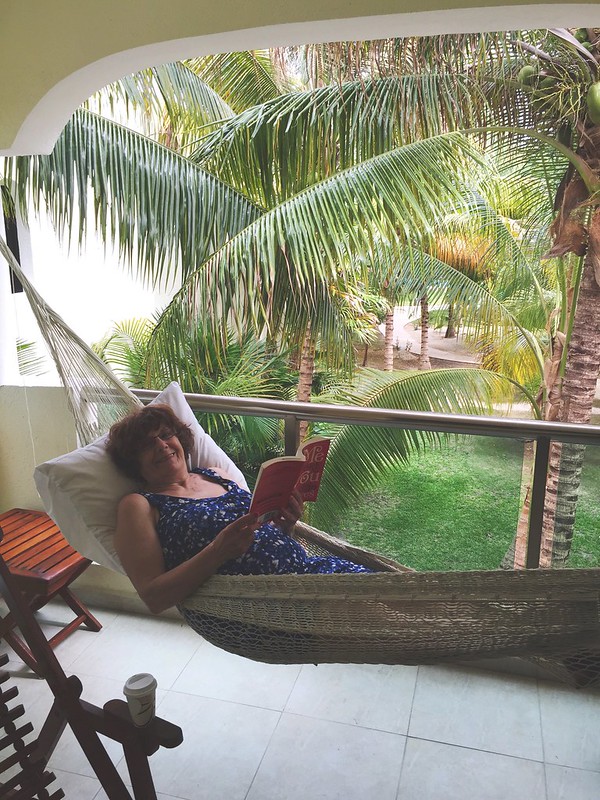 I have to say, I enjoyed spending this kind of quality uninterrupted time with my OBF (original best friend). My mom is such a sweet, thoughtful, funny and gentle soul. It was a joy to have a week of connecting with her. And during this trip, it also hit me (hard) that this lovely lady of mine, who I have always seen as a pillar of strength, is aging. And because of this I need to be more patient with her. Whether it's not charging ahead of her on walks and instead slowing my pace to echo hers or giving her some time to mull things over, I need to be more cognizant of the fact she's slowing down a bit. She is 66 after all, which I often forget because I only see her as my mom and nothing else. 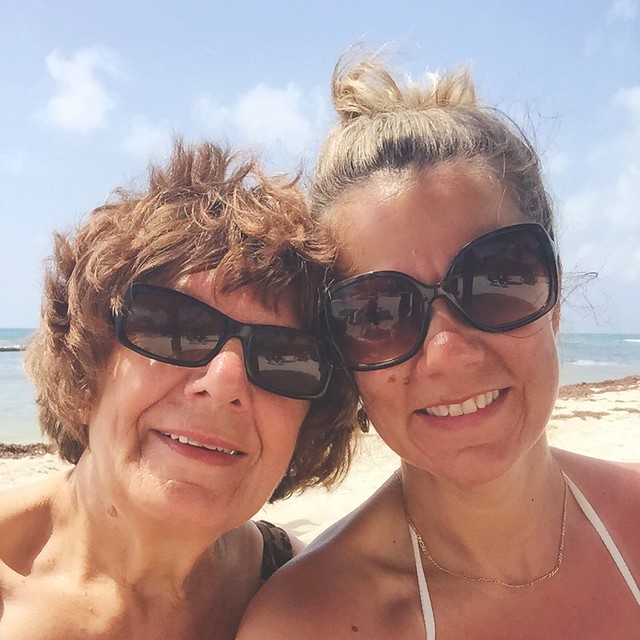 Overall Mexico was the vacation we both needed - to just laze around, soak in the sunshine, hang out and read. We both felt refreshed and recharged. I didn't realize how much I needed a change of scenery until I got there. My mom feels the exact same way. We both have extra pep in our step since coming home.

Have you ever been to Mexico? Where's your favourite place to stay? And have you ever traveled with one of your parents? I'd love to know.

Anyway, hope you've had a good few weeks. It's back to reality for me! On Monday I start the next step in the FET (frozen embryo transfer) process. It involves taking a medication that will shut down my hormonal system and put me in a menopausal state (hot flashes, night sweats & headaches). Yikes. Wish me luck!
Posted by dajana, all kinds of lovely