at the cinéma: barney's version

My mom and I recently went to see Barney's Version - a quirky drama we both thoroughly enjoyed....like you would a comfortable, old, familiar sweater. The movie is based on the popular novel of the same name written by late Canadian author Mordecai Richler. 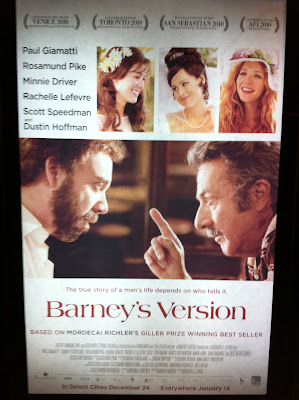 The film is a remarkable story about a unremarkable man and is set mostly in Montréal, although Rome and New York also make their appearances. 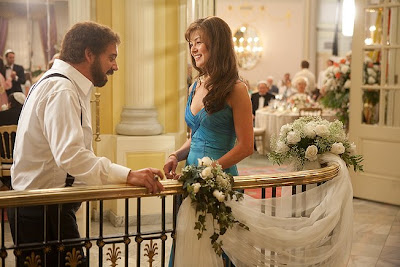 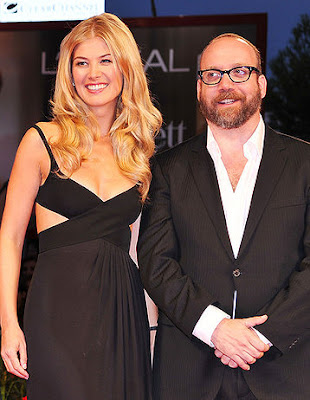 Paul Giamatti is amazing in the role of the incorrigible Barney Panofsky and British actress Rosamunde Pike is breathtaking to watch in the role of Miriam Grant-Panofsky - the love of his life. I'm not that familiar with Pike, but am enamoured with her acting, her lovely eyebrows and her sense of style. I officially have a girl crush. :) 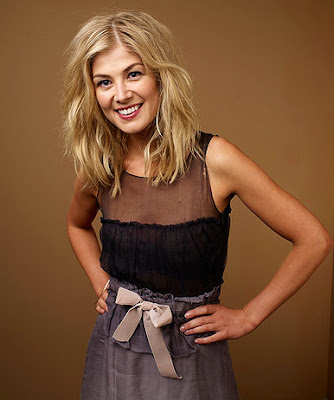 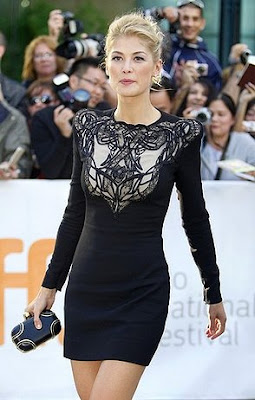 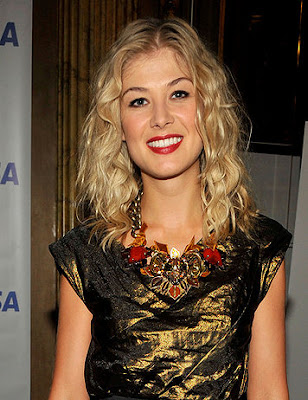 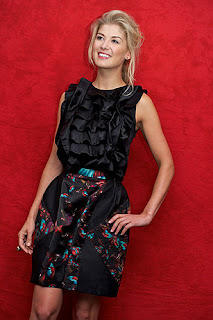 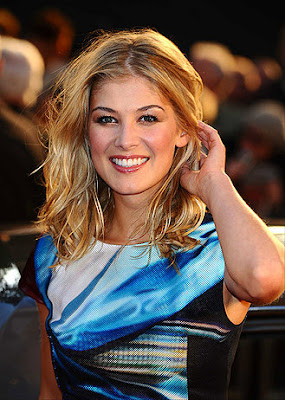 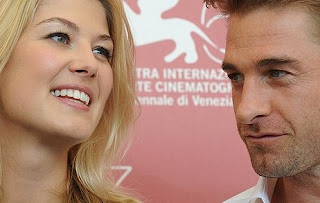 And for those of you who watched Felicity back in the day (one of my fav shows), Ben Covington,
I mean, Scott Speedman also appears in the movie. He plays Barney's friend Boogie - a periodically fun-loving, periodically infuriating, drug-addicted would-be writer who disappears under mysterious circumstances during a contentious weekend at Barney's lake house.
I almost forgot to mention that the film centers around Barney's relationship with his three wives. Yessirree bob! Three wives! I bet you're all very, very intrigued now.
﻿
﻿Don't want to say much more, other than I loved it & highly recommend! Happy viewing and happy weekend!

Dajana :)
p.s. Mom and I will be seeing The King's Speech this weekend. My friend Ayesha has raved about this British period piece, predicted to win an Oscar for Best Picture this Sunday.  Ayesha also raved quite a bit about her gentleman crush Mr. Darcy, a.k.a Colin Firth. Can't wait to see him...err, the film! ;)
All photos are from http://www.rottentomatoes.com/ other than those noted.
Posted by dajana, all kinds of lovely

Email ThisBlogThis!Share to TwitterShare to FacebookShare to Pinterest
Labels: Cinéma