The boyfriend and I met ten years ago today. And we’re still laughing. And calling each other dude.

He’s my oak tree. Solid, dependable and unwavering in his love.

We met at Ceili’s (an Irish pub) but I told my parents we met at the library (; He was there for a friend’s bachelor party and I came to meet some girlfriends for a drink.

He was sitting in my chair, so I asked him, politely, to move it. Four hours later, the bachelor party and girlfriends were forgotten. We were deep in conversation and already smitten. 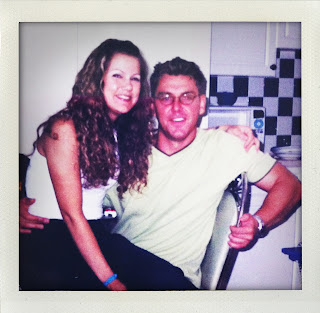 He lived in Calgary so our first date didn’t take place until 2 weeks later… which gave us heaps of time to get to know each other over the phone. There’s something to be said for that kind of start to a courtship.

There were definite challenges because we lived in different cities. Every weekend, for 18 months, we took turns travelling back and forth between Calgary and Edmonton.  I remember driving white knuckled through many a crazy Alberta snowstorm. 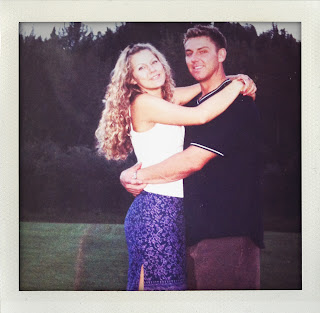 We've been through a lot together. Our parents, my dad & Scotty’s mom, were both diagnosed with cancer just months before our wedding. It was a year of highs and lows.

Thankfully, they both won their battles and were able to see us get married. For this, we are eternally grateful. 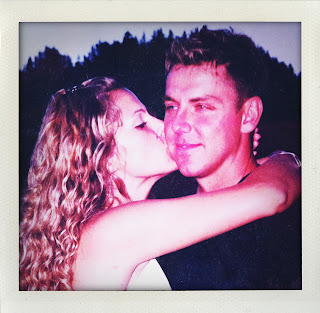 Now here we are.  Ten years, countless travel adventures, a house, a dog and a marriage later.

He is the greatest. And will always have my heart.

Can’t wait to see where the next ten years take us.

Email ThisBlogThis!Share to TwitterShare to FacebookShare to Pinterest
Labels: Love